Summary:
A late eighteenth-century North American pouch (1937,0617.1) represents an important type of a black-dyed skin bag decorated with porcupine quillwork. The pouch was made by women of the Ojibwa or Ottawa people and was probably used in medicine ceremonies. It came to the British Museum in the mid-twentieth century and when first examined in detail in the 1970s had already deteriorated. The skin has degraded due to the presence of a black dye, although an early watercolour painting of the bag discovered in the 1990s illustrates how the bag once looked. Black dyes containing both iron and tannin are well known to increase the rate of deterioration of many organic substances and the pouch was found to contain 1.63% iron. Experiments with a series of brain-tanned skin samples stained with various iron-tannin solutions and artificially aged showed that the presence of iron accelerated the deterioration of the skin.
A conservation treatment carried out in the 1970s, which included consolidation with soluble nylon and backing with nylon net adhered with an early thermoplastic adhesive, was no longer succeeding in keeping the bag intact, and further conservation was carried out to protect the 75% of the bag that survives. As the pouch is of a rare type it was decided to infill the missing areas to make it more suitable for display. The use of adhesives was kept to a minimum and solvent-reactivated adhesives were chosen in preference to those reactivated by heat. No further chemical stabilization was attempted in this treatment.
Posted by Lina Falcão at 23:00
Email ThisBlogThis!Share to TwitterShare to FacebookShare to Pinterest

Možir, A.; Strlič, M.; Trafela, T.; Kralj Cigić, I.; Kolar, J.; Deselnicu, V.; Bruin, G.; “On oxidative degradation of parchment and its non-destructive characterisation and dating”, Applied Physics A: Materials Science & Processing 104 (1) (2011) 211-217
DOI: 10.1007/s00339-010-6108-z (restricted access)
Abstract:
Historic parchment is an extremely complex material, not only due to the various methods of production used and various past environmental histories of objects, but also due to its inhomogeneous structure. Many traditional methods of characterisation are empirical, but useful since they have gained recognition by the end-users. In this paper, we investigated the shrinkage temperature of collagen and the influence of lipids contained in parchment on the measurements. While the content of lipids does not seem to significantly affect shrinkage temperature measurements themselves, it strongly affects the decrease of shrinkage temperature of collagen during degradation, and thus its thermomechanical properties. This confirms the high importance of lipid peroxidation during degradation of parchment. While shrinkage temperature determination is a micro-destructive method, we also demonstrated that it is possible to determine this property using near infrared (NIR) spectroscopy based on partial least squares calibration. The root-mean square error of validation (RMSEV), obtained on a set of variously delipidised and degraded samples, was 7°C, so the method could be used for condition assessment or classification of historic objects. Using a set of 185 historic objects dating from 1200–1800, we also developed a method for non-destructive dating of parchment based on NIR spectroscopy using partial least squares regression (RMSEV=72 years), and successfully determined the correct age of a historic charter from the collection of Nationaal Archief, The Netherlands.
Posted by Lina Falcão at 23:55
Email ThisBlogThis!Share to TwitterShare to FacebookShare to Pinterest

Preface:
This Handbook contains, in a form convenient for everyday use, a comprehensive digest of the information on Leather Working, scattered over more than twenty thousand columns of Work — one of the weekly journals it is my fortune to edit — and supplies concise information on the details of the subjects on which it treats.
In preparing for publication in book form the mass of relevant matter contained in the volumes of Work, much had to be arranged anew, altered, and largely re-written. From these causes the contributions of many are so blended that the writings of individuals cannot be distinguished for acknowledgement.
Readers who may desire additional information respecting special details of the matters dealt with in this Handbook, or instructions on kindred subjects, should address a question to Work, so that it may be answered in the columns of that journal.
Posted by Lina Falcão at 23:00
Email ThisBlogThis!Share to TwitterShare to FacebookShare to Pinterest 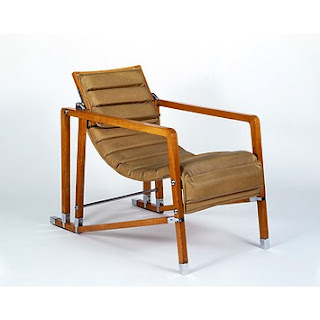