"Nature, production and regulation in eighteenth-century Britain and France: the case of the leather industry" by Riello (2008)

Leather was, in the pre-industrial economy, a scarce material used in the production of a wide range of goods. The supply of leather was influenced by the national cattle asset and its slaughtering rate. The difficulty in increasing leather production to meet the demands of a 'consumer revolution' was the subject of theoretical debates and practical intervention. The state controlled and organized the leather market through fiscal and commercial policies. This article offers a comparative analysis of the French and the British leather markets in the eighteenth century. In , the state assumed an organizational function in the creation of a national leather market. In , by contrast, the state simply regulated an existing market. These different political interventions influenced the dynamics of development of leather production and the leather trades in the two countries. While suffered from an endemic absence of leather, was able to satisfy its increasing demand efficiently. 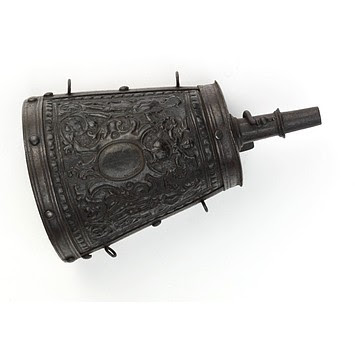 
Abstract:
This study of early forms of saddles in Western North America features four distinct discussions: major horizons (wide-spread appearances of historical prototypes) within the sixteenth through nineteenth centuries; Mexican origins of form and associated activities; development among U.S. riders before the professional cowboy era (post-Civil War); and development of equestrian equipment among the Plains Indians collateral to the emergence of the U.S. western stock saddle. The four essays are followed by an illustrated catalogue of the equestrian artifacts drawn from the Smithsonian Institution’s holdings and from other important collections for an exhibition at the Renwick Gallery, 1974-1976. There is also a glossary of Spanish and English equestrian terms used in this study. It is projected that this presentation of early saddle forms with many well-documented illustrations and descriptions will provide both a reference source and also the inspiration for additional typological and social studies.
Posted by Lina Falcão at 23:50
Email ThisBlogThis!Share to TwitterShare to FacebookShare to Pinterest
Newer Posts Older Posts Home
Subscribe to: Posts (Atom)